Skip to content
Previous Next
A secret paradise – Muschu Island 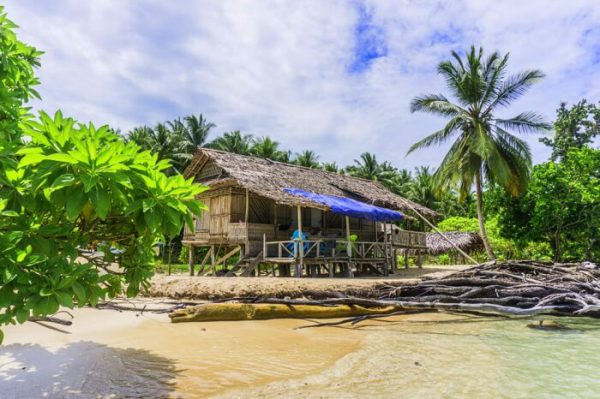 The B&B on Muschu Island is run by a local family. Image via Skerah.

Muschu is a destination for snorkelling, scuba diving, swimming and relaxing, but also the scene of a fascinating wartime past.

Here’s an insight in Muschu Island, and why this small paradise is well worth a travel detour.

Located off the coast of Wewak, Muschu Island is an idyllic piece of Pacific paradise that is just 16km long and about 13km wide.

Among its drawcards are a reef for snorkelling, picturesque Auong Bay for swimming and a mean left-hand point break that fires up from November to March.

Sup village is the main township of the island, while Lonely Planet notes the island’s school and a crystal-clear swimming pool are located a five hour walk away. 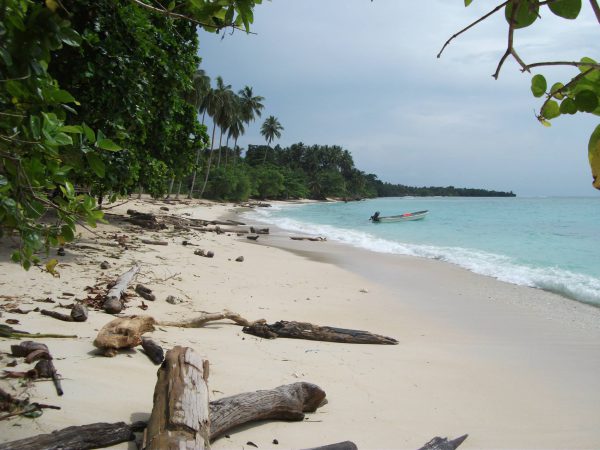 Hidden within the island’s jungle are clues to Muschu’s wartime past. Anti-aircraft guns, a plane wreck and discarded jeeps speak to the Japanese occupation of the island that lasted from 1942 to the end of the war.

This occupation wasn’t without Allied attempts at interruption. From 1944 until the war’s end, Muschu was the target of allied bombing via air and sea.

The closest the Allies came to capturing this strategic vantage point was an Australian commando raid that went terribly wrong. 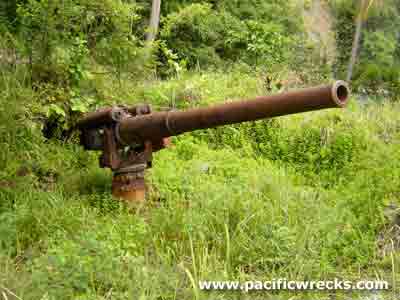 The Guns of Muschu

On the night of April 11, 1945, eight Australian Z special commandos swam to the shore of Muschu from a ship in a bid to perform a reconnaissance mission and locate two concealed naval guns that guarded the approaches to Wewak Harbour.

Of the eight commandos who landed at Muschu, only one would survive. Unbeknown to them, within hours of landing their presence had been identified.

Nine days later the sole survivor swam to safety after beating off deadly attacks from Japanese troops, a Cassowary and a shark.

That survivor was Mick Dennis, who won a military cross for his heroism, and later recounted his tale of survival in the book ‘The Guns of Muschu’.

It wasn’t until two days after the war in the Pacific ended that Japanese forces finally surrendered Muschu Island, but it’s association with WWII wasn’t over quite yet.

Muschu Island is located about 13km off the coast of Wewak in East Sepik province PNG. The island is accessed by boat, and a guesthouse is available as accommodation.