Home to over 450 native animals and spanning 30 acres, the Port Moresby Nature Park is one of PNG’s leading tourism destinations. Now, this award-winning location features a new attraction courtesy of a donation from Paga Hill Estate.

In late March, the Park opened its first of three parrot enclosures, offering a dedicated aviary for one of the country’s most well-known birds.

Here’s an insight into Port Moresby Nature Park and the attractions this tourism icon features.

Located next to the University of Papua New Guinea, Port Moresby Nature Park has established itself as one of the capital’s leading destinations for both tourists and Port Moresby residents.

Beautifully maintained and set amidst tropical landscaped gardens, the park has a conservation focus, offering a refuge to some of PNG’s most unique and spectacular wildlife, flora and culture.

Its residents include PNG’s renowned Birds of Paradise, tree kangaroos, cassowaries, reptiles and parrots, while there is also a focus on the island nation’s unique and varied culture.

The site started out as the National Botanical Gardens in 1975, and in 2012 became the Port Moresby Nature Park. Seven years later it is renowned as PNG’s only internationally recognised wildlife park and aims to set a benchmark in PNG for tourism, animal welfare and community nature-based education.

Each year the park welcomes around 140,000 visitors and has been recognised with a series of awards including the historic Zoo and Aquarium Association of Australasia (ZAA) award, an education award for conservation and preservation, and the Trip Advisor Certificate of Excellence for three consecutive years. 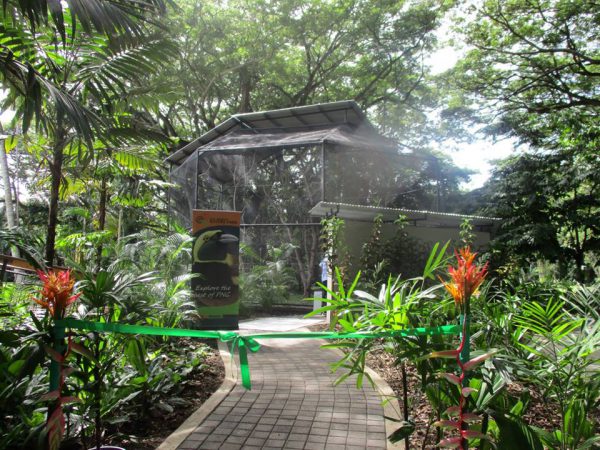 In late March the Port Moresby Nature Park opened the latest in a long line-up of attractions, with the official unveiling of a new parrot aviary.

Sponsored by Paga Hill Estate, the parrot enclosure is currently home to an endangered Blue-eyed cockatoo and two Sulphur-Crested Cockatoos.

This initial parrot aviary is the first of three similar attractions, with additional enclosures due to open later this month. Their aim is to showcase these birds and also educate the public about responsible pet ownership. 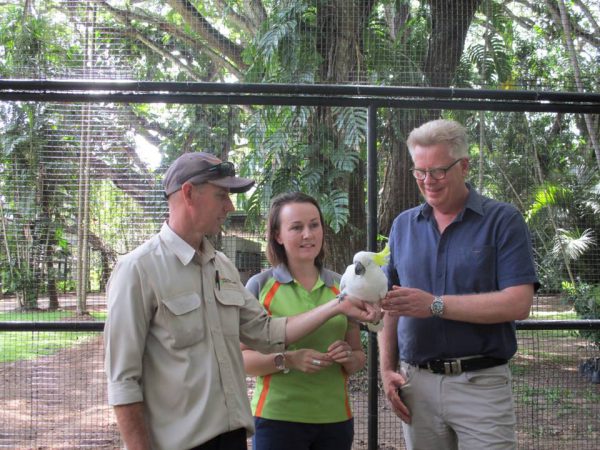 Parks General Manager, Michelle McGeorge, explained cockatoos were seen as attractive pets due to their talkative and cheeky nature, but people were often unprepared for the high maintenance they required and their special needs.

“Port Moresby Nature Park is really the first port of call for any visitors that we receive from overseas.

“The whole area is very well-kept, and the animals are well looked after. This is an initiative that we are very proud to be a part of.”

Port Moresby Nature Park is located at Portion 1473, Goro Kaeaga Road, Reinbo, Port Moresby. You can learn more about the Nature Park and its attractions here