Previous Next
Cruise tourism suited to a place like New Ireland

New Ireland Province has a lot to offer in terms of tourism, with the cultural and traditional values are still strong. CEO and founder of the Paga Hill Development company Gudmundur Fridriksson made the comment on Friday 23rd February while giving a presentation at the New Ireland Government organised investment seminar in Kavieng.

He said cruise tourism in particular was best suited to a place like New Ireland because of its pristine crystal clear waters and breathtaking natural beauty. He suggested special interactive packages be drawn up to allow for tourists to truly experience New Ireland in all its totality.

“Once the tourists arrive in New Ireland they can go to a village, go diving or bush walking depending on the package they choose,” Mr Fridriksson said.

He stated that if tourists visit New Ireland they had to do things respective of the New Ireland way. Fridriksson who’s been working on the Paga Hill development estate for up to 20 years relayed to the audience that despite the many controversies surrounding the development it was a relief that construction work is actually getting off the ground. That type of real estate development always came with obstacles and challenges.

“From the time I came here I really loved this place and if you want big things, they come at a big cost, the more people decided to make things difficult the more determined I was to carry on, he said.
“But in the process your reputation gets tarnished over and over again. And to leave my children with a good legacy I needed to finish what I started. I had to show that resilience pays off.”

The audience was in awe of the magnitude of the construction work that was currently being undertaken and the artist’s impression of the complete Paga Hill Estate. He also distributed copies of his popular “Destination Papua New Guinea” booklet to all the divisional heads in the New Ireland government.

United States Red Sea Housing Representative Kenneth Clinton gave an overview of the pre-fabricated homes and buildings they supply to various companies and individuals. He also relayed that there were funding opportunities from their London based foundation which can be found on their website.

Also present was Ian Martin of Erscon consulting Engineers of Australia. The three private sector executives also had a tour along the Boluminski Highway. They stopped at the Lemakot health centre where they found out there was a shortage of medical supplies and immediately moved to organise supplies for the health centre. The undertaking was welcome news to the New Ireland provincial government. 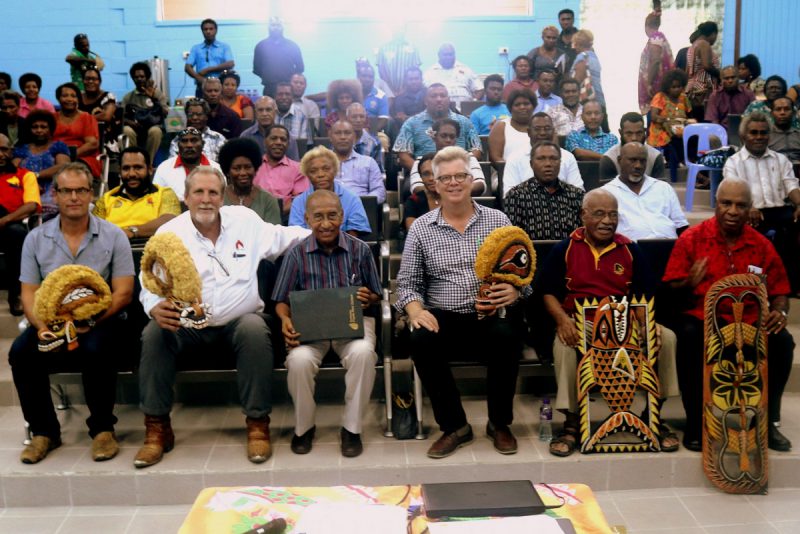