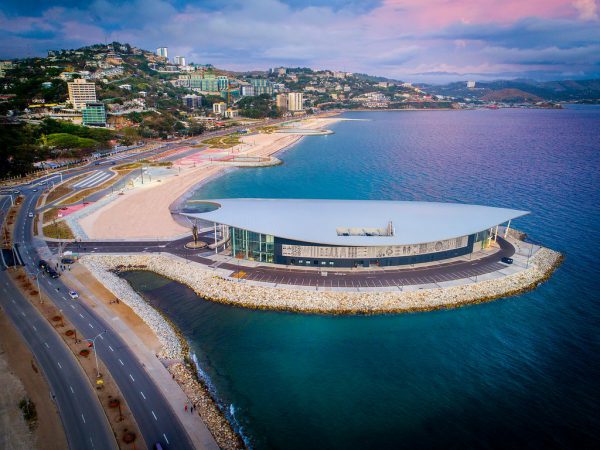 Port Moresby’s flagship Ela Beach is enjoying renewed popularity after the first stage of a major renovation was completed in September last year.

Reopened with a spectacular display of fireworks on September 12, the iconic beach has since hosted community events like the Governor’s Carols by the Sea at Christmas and has been a focal point for families, tourists and locals alike throughout the hot summer months.

The recent unveiling of the new public facility marked the completion of the first stage of Ela Beach’s major facelift, with the project set to transform the waterfront of Port Moresby over the coming years.

Already the area is being seen as a major tourism drawcard and a world-class facility akin to the Strand in Australia’s Townsville.

Welcoming the opening last year, PNG’s Lands and Physical Planning Minister Justin Tkatchenko told EMTV the facility was designed for the people of Port Moresby and provided a venue for them to showcase the city’s hospitality to the world.

“The beach is for our families, our children and our people to enjoy this magnificent state of the art Ela Beach and it’s only going to get bigger and better as the years go by with more developments. This is just the start. This is stage 1. Stage 2 and 3 will come over the next couple of years.”

Once fully complete, it will also feature 370 car spaces, 3.2km of paved footpath with lighting, two boat ramps, 1.7hq of recreational park area, 120 picnic tables, 50 barbeque areas, numerous toilets and shower blocks, precincts for food and beverage outlets, and a 2000-seat amphitheatre which is currently in the works.

Also included will be a children’s playground, turtle-themed family area with up to 200sqm of shaded area, themed cultural sculptures, history boards, and up to 700 trees and palms. 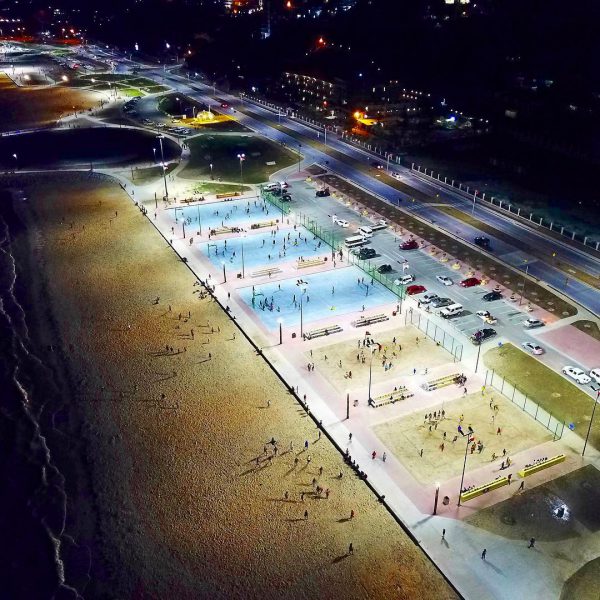 As the city’s primary beachfront, Ela Beach has served a variety of purposes over its lengthy history.

The National Capital District Commission (NCDC) notes it was once a home ground for giant nesting sea turtles, but over the years also accommodated a jail, a hospital, a cricket pitch, tennis court, shooting competitions, horse-racing, canoe-racing, and even served as an airstrip and a wireless telegraph station during the Australian colonial administration.

However, prior to now, it has never been the beneficiary of deliberate improvements.

The changing face of Port Moresby

The Ela beach upgrade is considered one of the key projects in Port Moresby’s current renewal. With the city hosting the APEC Summit last year, a series of significant developments have either just been completed or are currently in the works, including Paga Hill which will connect with Ela Beach.

And already there’s a renewed enthusiasm and excitement resonating throughout the district.

Since reopening, Ela Beach has seen new activities and enterprises with a tourism and family-friendly focus spring up along the beachfront.

Where once betel nut and cigarette sales were common practice, now coconut and kulau juice are on offer as the residents of Port Moresby enjoy the opportunity that arrives with a city coming of age. 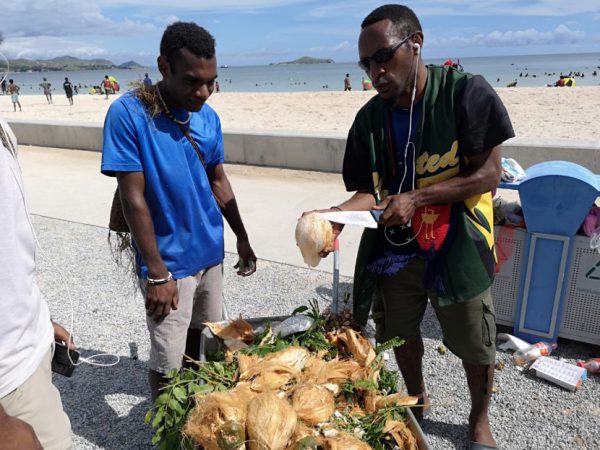 As Paga Hill Estate’s waterfront is developed, residents and visitors will be able to walk around the site from Ela Beach, around Paga Hill to the downtown area, enjoying all the retail, hospitality and dining available along the waterfront boardwalk. Featuring key tourism infrastructures such as the planned Cultural & Exhibition Centre and War Museum, Paga Hill Estate will complete a transformation of the city for all to enjoy.