Skip to content
Previous Next
One Day in Kokopo

One Day in Kokopo

Lively, energetic and home to a recent population boom, Kokopo is the fascinating newly-named capital of East New Britain.

Now boasting over 20,000 residents, this city owes much of its resurgence to neighbouring Rabaul, the former capital of East New Britain that was all but destroyed by a volcanic eruption in 1994.

Here’s how to explore and enjoy all the sights of the region, during one day in Kokopo.

Up until 1994, Kokopo was a small village on the edge of Blanche Bay accommodating just over 3000 residents. In most ways it was overshadowed by the nearby capital of Rabaul. That was until 1994 when a twin eruption of Mt Vulcan and Mt Tavurvur destroyed the capital.

Kokopo was established as the new administrative centre with a mass influx of residents. Aside from its newly-assumed position as the capital, the former town also boasts its own unique history.

Between 1884 and 1919 Kokopo was controlled by German New Guinea and up until 1910 was the capital of the German administration.

Here’s how to spend a day in this emerging city…

One day in Kokopo

It’s almost impossible to explore Kokopo without paying heed to its association with Rabaul, and many of the activities in the area focus on the former capital. Rabaul was a strategic military outpost in both WWI and WWII. This military history, coupled with the nearby volcanoes, are the basis of many of the activities on offer.

Mt Tavurvur has an unenviable reputation as one of the most active volcanoes in the Pacific Ring of Fire, and if you want to get up close and personal with its bellowing, belching habits, there are tours available to assist.

Many take in the hot springs that are a landmark, while also exploring the moonscape of the surrounding area. 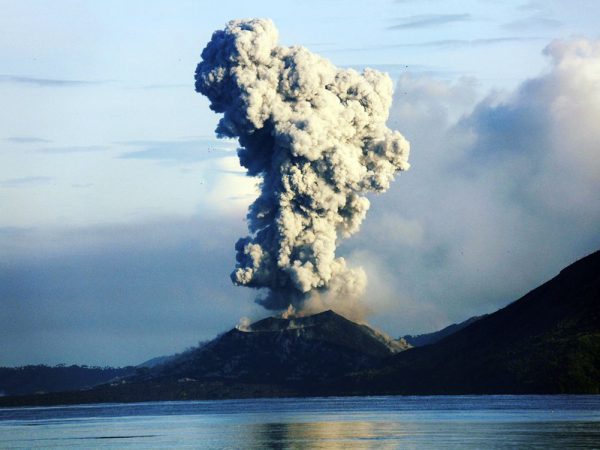 The remnants of WWII are evident throughout the Kokopo and Rabaul area, with an initial insight into the conflict best gleaned at the Kokopo War Museum.

The site features a wealth of memorabilia including weapons, planes and torpedoes along with colonial and tribal artefacts.

Meanwhile at Karavia Bay, between Kaluana Point and Vulcan, there are a network of tunnels and tracks built by the Japanese that connect barges and buildings dating back to the war.

Papua New Guinea Travel also notes that near the airport some of the 580km of tunnels built by the Japanese are still open and aircraft wreckage can be seen.

Five kilometres south-west of Kokopo is the beautifully maintained Rabaul War Cemetery, paying tribute to the region’s tragic wartime past.

In WWI, Rabaul was home to a German wireless station, which was seized by the Australians in 1914. Now the cemetery marks this spot. Rabaul was also subjected to weeks of aerial bombardment by the Japanese in in 1942, before the Imperial Army invaded and took over the city.

The Rabaul War Cemetery is the final resting place of over 1120 Commonwealth soldiers, almost half of whom remain unidentified. 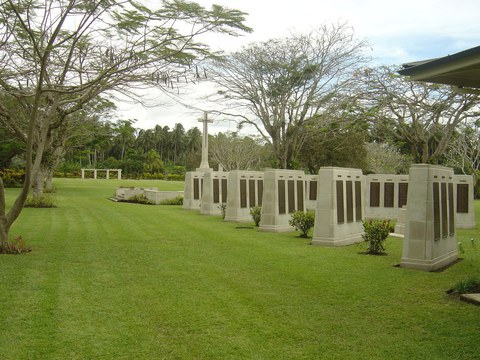 A host of tours are available that allow a true insight into the capital that was Rabaul. They take in the old city, WWII sites and also include a visit to the volcano observatory situated there.

PNG Travel explains some parts of Rabaul still function, but most of the town remains an eerie desolate wasteland, covered by metres of ash.

“Beautiful Simpson Harbour is still the main port, guarded by the grumbling volcanoes. A market and a few shops still operate at the eastern end of town,” they note. 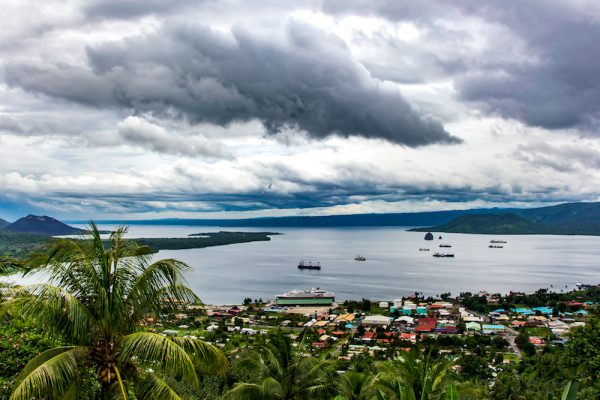 Located on the eastern side of Kokopo is the Vunapope Catholic Mission. Featuring pleasant views, the site offers an insight into the area’s colonial past with a number of old buildings to explore.

Accessed via Burma Road, Malmaluan lookout offers the opportunity to really get your bearings and enjoy sweeping views of Simpson Harbour, the volcanoes, and the landscape below.

Fascinating dive sites are one of the major drawcards of the area. In Simpson Harbour there are World War II boat and plane wrecks, small craggy islands to explore.

At Tavui Point is a submarine base where Japanese subs pulled right up to the edge of the reef. This area offers superb snorkelling on the flat coral beds and along the edge of the 75m drop-off, which is also good for diving.

Tours are readily available and can be booked through numerous resorts.