Skip to content
Previous Next
The Fearsome Volcanoes of PNG

The Fearsome Volcanoes of PNG 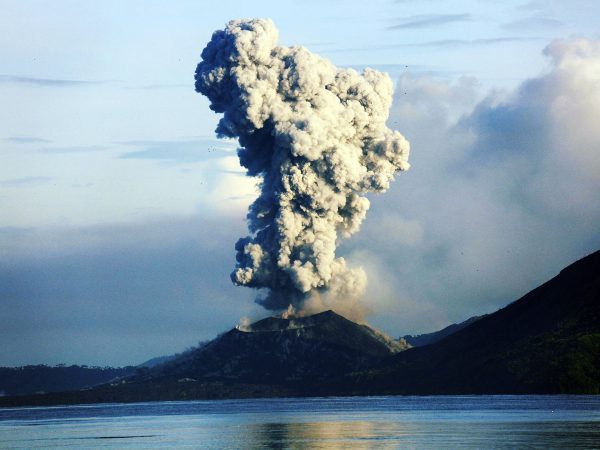 Towering above the jungle, emanating from the ocean and belching clouds of ash, Papua New Guinea’s volcanoes are some of the most active in the Pacific.

Situated in the Ring of Fire, Papua New Guinea has no fewer than 67 volcanoes, with around 20 erupting in the past 100 years.

It’s a region renowned for hiding “some of the most dangerous volcanoes on earth”, so let’s delve deeper and investigate PNG’s distinctly volcanic roots.

In January this year, the long-dormant volcano of Kadovar Island sprang violently to life despite no previous confirmed record of activity.

Within days, this sleeping summit transformed into a fully active volcano, complete with lava dome and a 2133-metre high cloud of billowing smoke.

For the surprised residents forced to flee, and the witnesses watching on from nearby Blup Blup, it was a truly dramatic awakening, with reports of a large explosion and a fiery red glow from the summit.

This recent eruption on Kadovar illustrates the unpredictable nature of PNG’s volcanoes. It is the latest in a lengthy line-up of spectacular and at times devastating events. 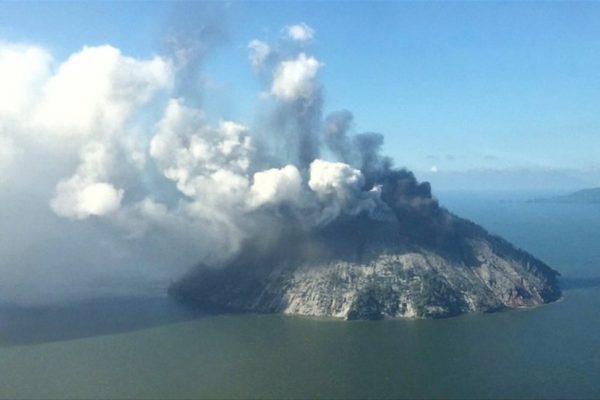 Photo via US News

In 2014, one of the region’s most fearsome volcanoes caused residents of Rabaul to flee when Mt Tavurvur experienced a major eruption. The event marked 20 years since the town had been destroyed by a previous simultaneous eruption with nearby Mount Vulcan in 1994.

Rabaul was the provincial capital at the time, but after the town was destroyed by volcanic ash the capital was moved to Kokopo.

It joins Manam, Karkar, Lamington, Langila, Ulawun, and Bagana volcano as the most active in the country. 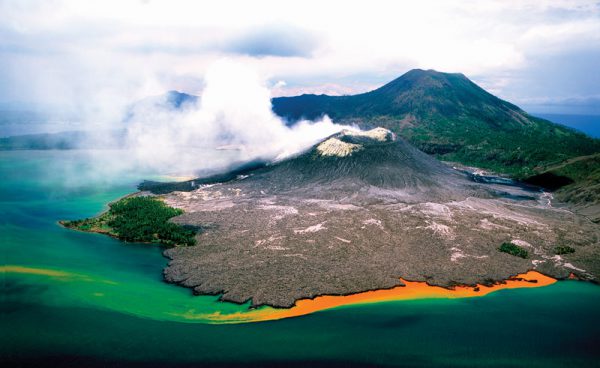 Photo via Discover The World

Like Kadovar, the heavily forested Mt Lamington had not been regarded as an active volcano until it spontaneously erupted in 1951.

It caused one of the 20th century’s worst natural disasters, killing over 3000 people and wiping the town of Higataru clean off the map.

So violent was the eruption that effects of the blast were felt over 100km away in Port Moresby. 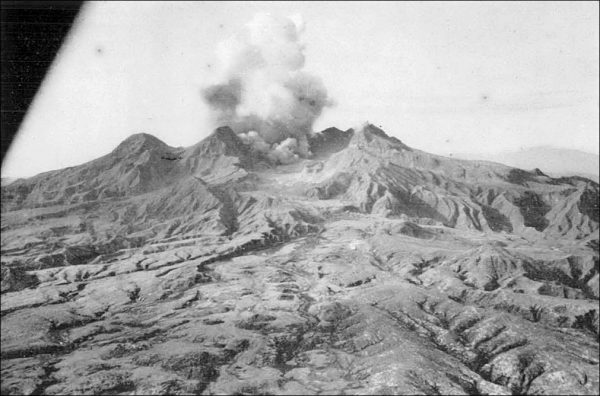 The PNG landscape is littered with volcanic remains. Two of the country’s highest peaks – Mt Hagen and Mt Giluwe – owe their origins to volcanic activity. Both last erupted over 200,000 years ago but still represent spectacular volcanic features of the landscape.

Even beneath the sea, the volcanic evidence abounds. WWII dive wrecks take on a ghostly silhouette beneath the shroud of ash.

In fact, the country owes much of its fertility and spectacular beauty to volcanic activity.

PNG owes its volcanic activity to its position in the ring of fire. This belt of volcanic and earthquake activity stretches from New Zealand to the coast of South America in a 40,000 km long horseshoe shape that marks the edge of the Pacific Ocean.

Encompassing over 452 volcanoes in total, the ring of fire has 72 per cent of the world’s active and dormant volcanoes and has been the site of all but three of the 25 largest volcanic eruptions of the last 11,700 years.