Skip to content
Previous Next
The natural beauty of Western Province

The natural beauty of Western Province

Wild pigs, lurking crocodiles and an abundance of impressive birds make Papua New Guinea’s (PNG) Western Province the perfect spot for avid lovers of wildlife. Two of the country’s most famous rivers, the Fly River and the Strickland River also make Western Province a sought after destination for photography and fishing. Lying on the southern coast of PNG, Western Province boasts spectacular scenery unlike anywhere else in the country. Expanses of wetlands and wide-open grasslands stretch across the province with Rusa deer, wallabies and wild fowl calling Western Province home.

Western Province has a lot to be proud of especially in terms of its natural environment. The Tonda Wildlife Management Area which lies in the south-west of the province is an incredible and important wetland area. Made up of mysterious mangroves, spooky swamps, beautiful grassland, magical savannah woodlands, patches of monsoon forest and tidal river reaches, the area is of significant international importance and is the largest protected area in PNG. Amazingly, this magnificent and diverse area is home to over 250 species of resident and migratory waterbirds. A number of other impressive bird species call this area home including the famous birds of paradise and brolga as well as approximately 50 mammal species and a host of reptiles including many crocodile species. 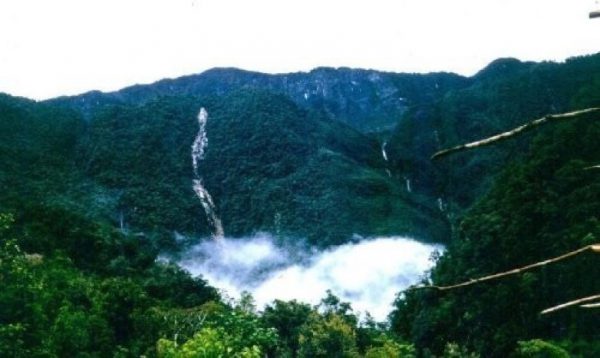 Although Tonda Wildlife Management area is sparsely populated and receives very few visitors due to its remote location, this is precisely what makes the area such an unbelievable place to visit. Bensbach Wilderness Lodge located in the area is renowned for being one of PNG’s most premier wildlife locations. Imagine watching the sunrise as thousands of pelicans, pygmy geese and sea eagles flock to the water’s edge! While Bensbach makes an exceptional destination for wildlife spotting and photography, it’s also a superb location for keen anglers and is well known as one of the Barramundi capitals of the world. Bensbach also prides itself on its sustainable catch and release practices, only keeping enough for the evening meal. In addition to fish, the locals of Bensbach enjoy sago and yams as a staple part of their diet. These foods are stored in yam houses for a good six months at a time. Paper bark eucalyptus, also known as melaleuca, is another valuable local plant; however, this is used in construction and for insulation in the traditional ovens.

The Star Mountains are another natural gem of Western Province. These incredible mountains are not only beautiful but are the initial source of the Fly River. Made up of enormous limestone formations, the mountains cross the border into Indonesia. The environment here is of dense rainforest with thick undergrowth, moss and fern which thrive in the high rainfall. The area also provides home to a range of flora and fauna including bats, possums, tree kangaroos, tree cuscus and a colourful array of orchids to name a few. Natural erosion of the limestone caused by the water has led to even more spectacular natural wonders such as huge dark caves, sinkholes and beautiful gorges. One cave, known as Luplupwintem is particularly special as it is home to the only surviving Bulmer’s fruit bat – the largest bat species to roost in caves. The species was believed to be extinct at the end of the last Ice Age glaciation but was rediscovered in 1975.

Although the Fly and Strickland Rivers are the main sources of water in Western Province as they run for almost the entire length of the region, the area is also home to a very large lake. In fact, Lake Murray is the largest lake in PNG and during wet season it expands to five times its usual 650 square kilometre area. Island communities are dotted around the lake on traditional stilted houses, with dugout canoes being the most viable mode of transport. Fishing sustains the community of approximately 5,000 people. Interestingly, the Lake has also had sightings of its own Loch ness monster which is said to be related to the Theropod Dinosaur. 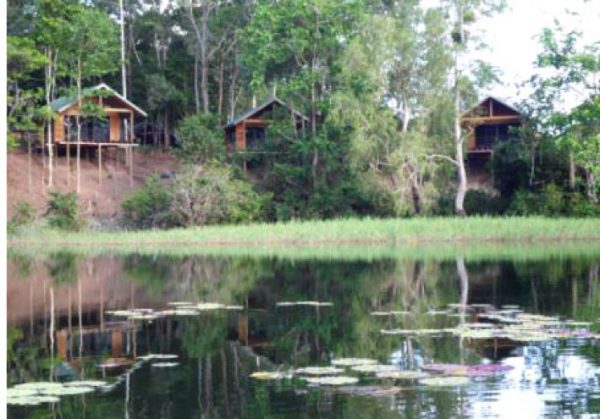 At Paga Hill we believe the Western Province is full of some of the nation’s most amazing natural treasures. The Province is home to one of PNG’s largest rivers, the Fly, as well as several other bodies of water including the Strickland River, lakes and waterfalls and a host of snakes and other reptiles. It’s also the perfect place to spot birds, whether you’re an avid birdwatcher or not. With around 50 percent of New Guineas total bird population inhabiting the eco-regions, they’re impossible to miss! With plenty to do and much to explore, Western Province is the perfect place for nature lovers.