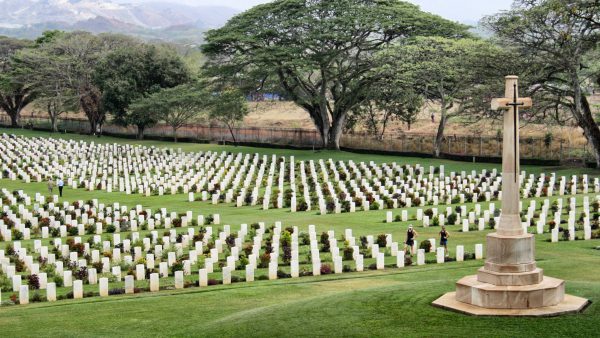 Peaceful, beautifully maintained and a testament to the many Australian and allied service personnel who lost their lives in the fight to retain the Pacific, it is a quiet place of reflection that also marks the end of the Kokoda Track.

Here’s an insight into the Bomana War Cemetery and the significance it holds for Australia and the history of WWII. 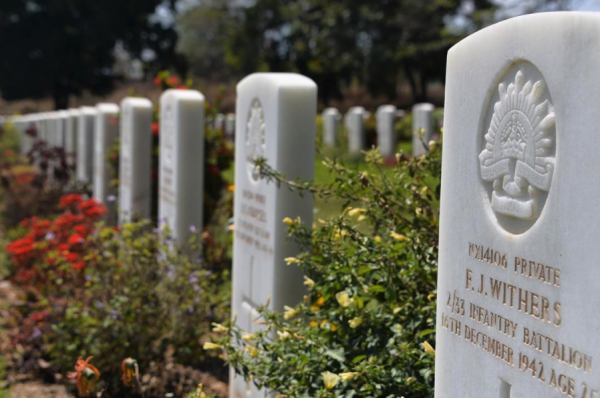 So many, so young

First established in 1942 while fighting continued in the Pacific, Bomana War Cemetery is the final resting place of over 3824 Commonwealth servicemen, 699 of whom are unidentified.  The majority of those laid here are Australians who lost their lives in campaigns staged throughout Papua and Bougainville.

With row upon row of neat, beautifully maintained white headstones, Bomana is a stark reminder of the price of war and it is a place where many come to reflect.

Behind the cemetery sits the stately Port Moresby Memorial commemorating almost 750 servicemen who have no known graves. Amongst them were members of the Australian Army, (including Papua and New Guinea local forces), the Australian Merchant Navy and the Royal Australian Air Force.

Due to its position in the Pacific, Papua New Guinea was a bitterly contested strategic point after Japan declared war in 1941. The Australian administered centre Rabaul fell to the Japanese on January 23, 1942 and the battle for Papua began.

As the Anzac Portal explains: “The Japanese dropped their first bombs on Rabaul on 4 January 1942 and continued with almost daily air raids until the 5000-strong Japanese invasion force attacked Rabaul soon after midnight on 23 January 1942.

By February 3, the Japanese had launched their first attack on Port Moresby and “by May 1942, they had established themselves in the arc of islands north and east of Papua New Guinea and had seized the main coastal centres of Lae, Salamaua and Madang on the north coast of the mainland”.

“Between July and September 1942, Japanese land forces continued their efforts to take Port Moresby in Papua New Guinea, fighting Australians on the Kokoda Track where they were eventually pushed back,” the Anzac Portal continues.

In August 1942, Japanese marines landed at Milne Bay but were defeated by Australian troops with RAAF air support. The Battle of Milne Bay was the first Japanese defeat on land in the Pacific War.

By early 1943, Japanese forces still held most of New Guinea, including the main coastal settlements of Lae and Salamaua but the tide was beginning to turn.

“Australians defeated a Japanese force at Wau in late January and early February 1943. By May 1943, the Allies had captured Japanese positions near Salamaua and on 11 September 1943 they captured Salamaua.”

This was followed by the recapturing of Lae, while fighting continued in the Finisterre Range into 1944.

The battle for PNG would continue even beyond Japan’s surrender on August 15, 1945. 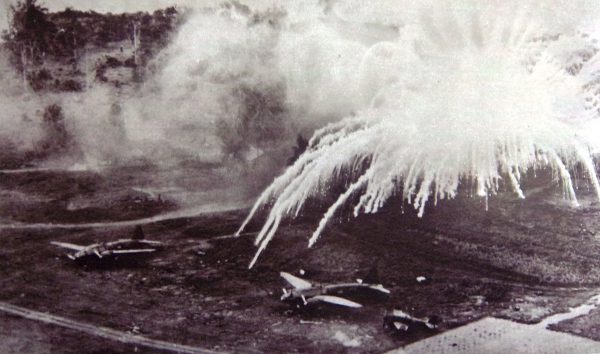 A high price to pay

Bomana War Cemetery is approximately 19 kilometres north of Port Moresby on the road to Nine Mile and is approached from the main road by a short side road called Pilgrims Way.

More information including a detailed cemetery plan is available at the Commonwealth War Graves Commission.