Paga Hill Development Company (PHDC) has fulfilled a long held promise to the Royal PNG Constabulary (Police Legacy), donating a home to this worthy charity. The Policy Legacy once had a club atop Paga Hill, and in developing the site, PHDC had promised to donate an apartment to the charity once completed. This donation brings forward the commitment, providing Policy Legacy with a regular income stream in their support of families of Police Officers who have died whilst serving in the Constabulary.

Gudmundur Fridriksson, CEO of Paga Hill Development Company (PHDC), confirmed that the company’s support of the Police Legacy dated back to 1998 following discussions with the then Police Commissioner, Ila Geno, in relation to the remnants of a Police Legacy social club that once stood on Paga Hill. PHDC had offered to assist the Police Legacy to find a new location for its club, as well as help to raise funds for its members.

“We feel very humbled to be able to give this house to Police Legacy and honour a commitment dating back to 1998. The Police Legacy is an important charity which we have continued to support over the years. This home will enable the Police Legacy to receive revenue of between K2,000 to K3,000 in rent per week,” said Gudmundur Fridriksson. 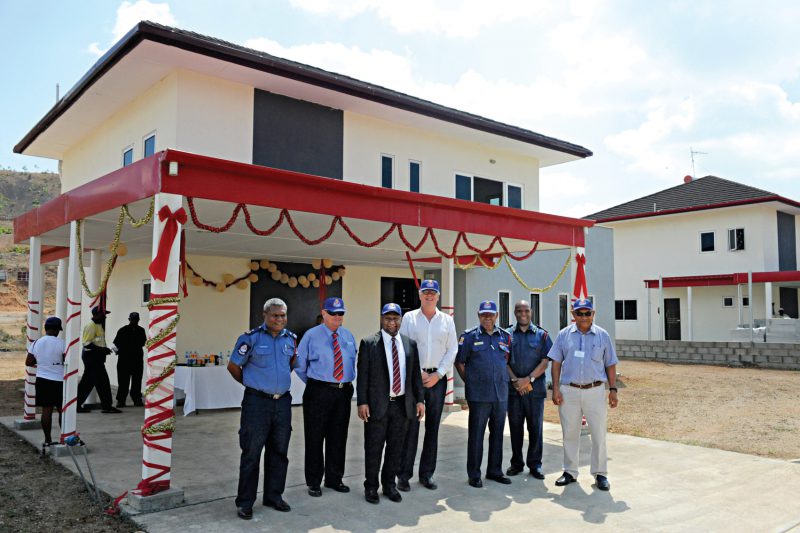 The K1.2 million house, is just one of the ways in which PHDC has continued to support the Legacy. In March 2014, PHDC became Police Legacy’s first Platinum Corporate Sponsor to the Commandant’s Scholarship Fund which provides educational grants for primary, secondary and tertiary students of deceased officers. In April 2015, PHDC was officially recognised at the Police Legacy Vice Regal Function for its support as a Platinum Corporate Sponsor.

“Since our initial discussions 20 years ago, it gives me great pleasure to continue to sponsor and support the Legacy. Knowing that the money we provide goes to ensuring the children receive a good education from primary school to tertiary studies,” said Gudmundur Fridriksson.