On 26 September 2014, the resettlement site at Six Mile Village, where so many Paga Hill settlers now call home, was officially named ‘Tagua’ following a community-wide competition.

Stephanie Awinu’s winning entry of Tagua was chosen by the Community Development Committee from a total of 20 entries, as it successfully met the criteria of being a name that could represent original and new settlers, was meaningful and maintained the historical significance of the land.

Tagua was actually the original name given by the Koitabu villagers, and loosely translates to “a place where people come, gather and stay together”. This sentiment is strongly reflected in a number of poems recently written by community members. 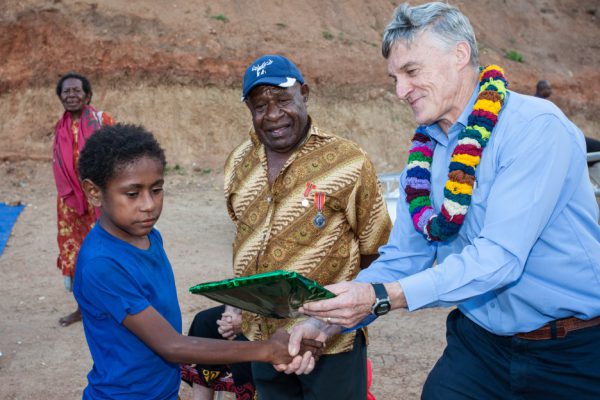 Motu Koitabus called you Tagua
First settler named you Taurama
U shaped land covered with savannah grass
Papuan Blacks slide through
Grasshoppers play chase on the tip
Human rest on you
Ocean breeze through you
Moonlight shines upon you
So beautiful in the dark
Hymnal birds tell me it’s dawn
Quiet as sheep when I first met you
As years gone by you changed
Now you have many children
Near future you will be different
But atmosphere will still remain
Oh! Taurama nice place to be