If you mention trekking in Papua New Guinea (PNG) it is almost instantly assumed you are referring to the Kokoda Track. But did you know the country also boasts some other incredible hiking trails? The country’s highest peak, Mount Wilhelm is a less challenging but equally fulfilling hike and offers trekkers some spectacular scenery too.

Known to the locals as Enduwa Kombuglu, this mountain stands proud at 4,509 metres. Part of the Bismarck Range, Mt Wilhelm’s summit is the point where three of PNGs provinces meet, Simbu, Western Highlands and Madang. Although the mountain surely played a part in the lives of the locals’ ancestors, who no doubt would have scaled the mountain, it was not until 1938 that the first recorded ascent was made. Leigh Vial, a government patrol officer along with two Papua New Guineans tackled Mt Wilhelm and made note that despite its proximity to the equator, it was still snow-capped. Six years later, during World War II, a low flying American F-7A crashed into the mountain at 4,000 metres killing all of the crew. Today, the mountain can be scaled by adventurous tourists and visitors and the remains of the F-7A can be viewed up close and personal. 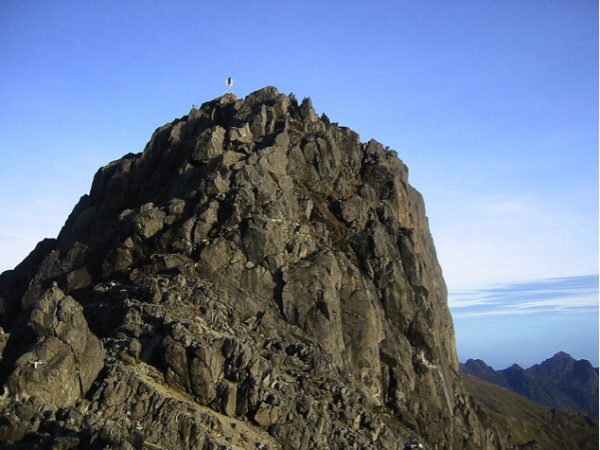 To climb Mt Wilhelm, you will need no ropes, high altitude gear or any special climbing equipment. But do not be fooled! This is not a leisurely stroll in the park. Although it is not a technical mountain to climb, most report that the effects of altitude can still be felt as you navigate the rugged terrain. You will need to set aside three to four days to reach the summit depending on your fitness level and also to allow time to take in the picturesque environment which crosses diverse ground. Hikers will find themselves walking through open grassland on the slopes with granite predominant near the peak. Depending on the route you take, you will likely experience three vast ecosystems, tropical, temperate and alpine. You will almost certainly walk amongst PNG’s famous orchids and a savannah of cycads.

There are several recommended routes when it comes to climbing Mt Wilhelm. One of the most popular however is from the village of Kelsugl in Simbu Province. The Kelsugl route involves trekking up and through a beautiful mountain rainforest and then along an alpine grassland glacial valley to the twin lakes of Piunde and Aunde (meaning male and female). Once you reach the lower lake Piunde you will find two huts, one an ‘A’ frame hut and the other an old university monitoring station. Moving further along to reach the upper lake, Aunde which feeds Piunde, you will need to be mindful of your step as it can get quite tricky. In wet weather this area is even deemed treacherous. Climbing to the top lake and then back down again is highly recommended as this will help with adjusting to the altitude. The lakes are also incredibly beautiful and will make for a wonderful photo or just an opportunity to soak in the serene atmosphere of the lakes that were once abundant with brown trout.

The summit to the top of the mountain is best tackled pre-dawn and many tour groups will head off at around 1am. Although this may sound frightfully early, it gives hikers the best chance to appreciate all that Mt Wilhelm has to offer. As with any other great mountain, cloud cover, fog, rain and even snow begins to set in shortly after day break and reaching the summit pre-dawn gives you every opportunity to witness the breathtaking panoramic views. Trekkers need to be mindful of weather and tour companies will give excellent advice on what to pack. It is essential to follow this advice as the weather up on Mt Wilhelm can be unpredictable and the required gear is as much a safety precaution as it is for your own comfort.

Here at Paga Hill Estate we believe Mt Wilhelm to be an accessible mountain for most, making it the perfect trekking adventure for just about anyone. We recommend booking through one of PNG’s many reputable tour companies as this will ensure you get the absolute most out of your trip. Although the mountain can be tackled year round, April through to October is best time to visit this scenically spectacular area.